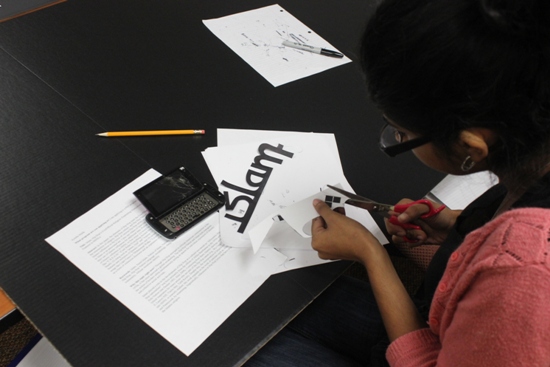 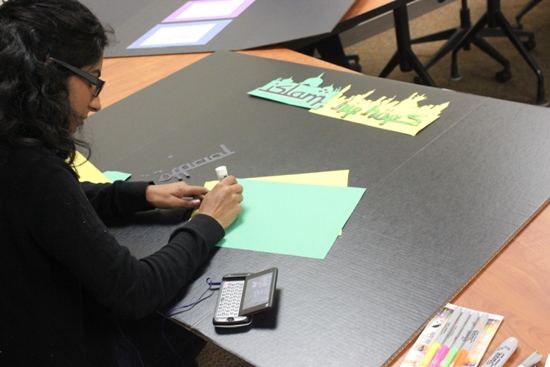 I emblazoned my poster with a fusion of two worlds: Hip Hop and Islam. I decided upon the green-yellow color scheme because green is considered the traditional color of Islam and I felt yellow would complement the green well, in terms of providing contrast. I labored, very meticulously, on the title of my poster, "Islam, Hip Hop's (Un)official Religion" because I wanted to illuminate the intersection of these two distinct realms. Being a typography geek, I chose to hand-draw and hand-cut my title. I chose an Arabic script-inspired font for the title, as Arabic is the language of Islam. 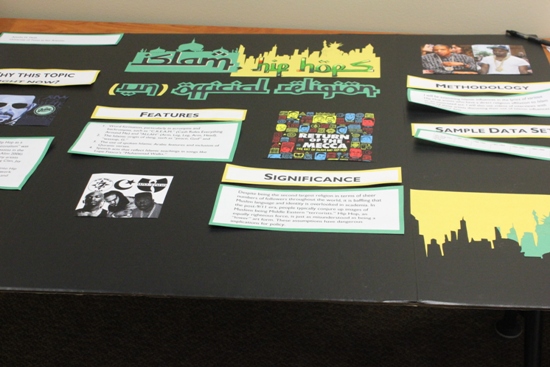 I chose to keep all of the text black, with the exception of "Hip Hop" because I wanted to add a "graffiti feel" to it due to one of the four elements of Hip Hop culture being graffiti writing. I chose to highlight "Islam" and "Hip Hop" further by adding in some iconography. I placed "Islam" within a green silhouette of a mosque with Islamic architectural details and I placed "Hip Hop" within a silhouette of the New York skyline, because of New York's significance as the birthplace of Hip Hop. The artists I chose to feature in pictures on my poster either reflect the Islamic influence in Hip Hop or they use the Islamic linguistic features my research speaks to. Lastly, I overlapped the inverse of the cutouts of the title silhouettes as a design element to show the overlap between Islam and Hip Hop. 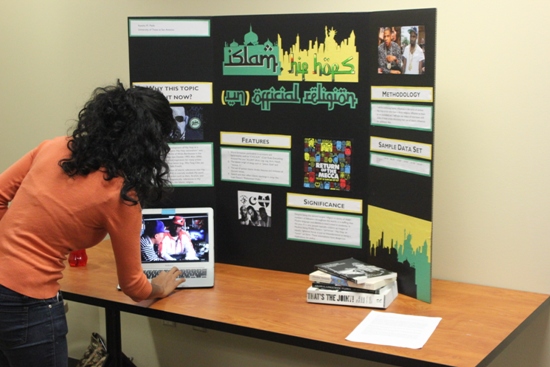