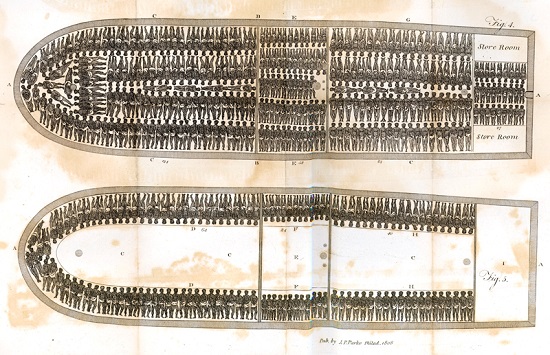 Seeing the diagram in the liberation notebook alongside Clifton’s “slaveship,” slaves were loaded into the ships literally “like spoons.” This poem highlights the effect the influence of Christianity has on slavery, referring to the ironically named ships "Jesus," "Angel," and "Grace of God," even talking to Jesus and Angel in the poem. She made me think of the correlation of slavery and migration, how both sets of people are forced – forced to leave their homes due to war or lack of civil liberty or forced to be enslaved and come to the Americas.